What is the GHC?

The Genetics and Health Committee (now known simply as the GHC) was formed in 1994 by the Akita Club of America to address the rising demand for specific Akita health information and support for the burgeoning of canine genetic disease research.  The first chairperson was Barbara Bouyet.  From its inception, this committee has tried to disseminate accurate, non-anecdotal breed information and support research projects with potential benefits for the Akita breed.

We began by trying to fund a genetic test for PRA.  We participated in several seminal works completed at UC Davis on the Major Histocompatibility Complex. Initially, one committee person was the spokesperson for the project(s) and headed up collections.   General information was submitted to the membership through the ACA website and through the Update. The original committee had only a few members and, although we've grown, we still retain this cohesive committee ethic.

In 2001, we officially supported our first joint Canine Health Foundation/ Akita Club of America sponsorship of a major research project. That project was research into Sebaceous Adenitis under Dr. Dunstan. The club contributed over $17, 000and over 100 samples to this project. Given the scope of the project, a major effort was undertaken to obtain samples and network with researchers to maintain open researcher communication and provide members with as much information as we could without breaking confidentiality rules.

A GHC committee member acted as liaison for the duration of the project and reports were filtered through the Canine Health Foundation. To further our efforts, this section of the ACA website was created and has been going strong ever since. Now, GHC efforts encompass an Akita Gene Bank, data collection and statistical analysis from OFA, CERF, CHIC and the VMDB, regular updates from funded researchers, reports from the Canine Health Foundation and ongoing review of upcoming research projects for the ACA board.

Our goals as a committee are continuing our support of worthwhile research projects, helping provide necessary samples for researchers, and informing the membership informed of the current and emerging health concerns of the Akita population.  Because this knowledge benefit the entire breed, we keep as much information as possible on the website and also answer inquiries from owners and veterinarians whenever possible.

How do we work?

We often summarize research work and solicit non-confidential articles from researchers that can be published on this website or reprinted with their permission. What we can relay about ongoing projects is restricted by confidentiality agreements (legal documents preventing us from sharing proprietary information), so until results of specific studies are published, we cannot usually reveal more than generalities about them.

Individual committee members are liaisons to specific researchers or to areas of research.  This means they work with an individual researcher throughout the duration of their term in office or as long as the researcher is active. If the researcher prefers speaking directly to individuals, the liaison then refers that person directly to the researcher, but this is not often the case.  Most don't have time or inclination to answer the same question repeatedly from different people, so these liaisons act as intermediaries between ACA members with questions regarding the project and the researchers.

Do we work with every researcher?

The GHC tries to accommodate all researchers who ask for our help, and we get a number of inquiries.  Researchers are attracted to the breed because of the genetic bottleneck caused by WWII.  We firmly believe its rather unique autoimmune problems and pigmentation (color) issues make it an excellent model for human autoimmune disease.

On the other hand, we do not wish to foster competition between researchers or violate any of the confidentiality agreements we have with existing ones.  If an inquiry leads us to believe a conflict might exist, our policy is to consult with the current researchers in this regard and to try to educate everyone as much as possible about the current state of Akita genomic research.

We regularly solicit statistics from the major health databases in the US, including the Veterinary Medical Database, the Canine Eye Registration Foundation, the Orthopedic Foundation for Animals and the official open health registry for the Akita: the Canine Health Information Center. We DO NOT support anecdotal evidence. We also DO NOT disseminate private pedigree information unless the owner agrees to such action.

What about funding research?

Much of our work is with researchers who are otherwise funded, but who need help obtaining samples, specific pedigrees and other information, and/or help from the Akita-owning public as well as ACA members.  The ACA does fund specific research projects or studies, usually through the Donor Advised Fund of the Canine Health Foundation. This is always determined by the ACA Board, not the GHC Committee, although we do make recommendations.

We recommend research or not, which simply put, means that we consult with the Canine Health Foundation every year in their Call for Proposals and then review and prioritize research proposals that cross our desk. We look for proposals that are

We don't often recommend funding projects that are redundant in nature, don't address current concerns, don't reflect a common concern among Akita owners and breeders or has obvious funding issues.

Where do we get money for funding?

Some of the money that comes into the ACA's Donor Advised Fund (DAF) on deposit with the Canine Health Foundation comes from private donations.  If you want to donate, we that you make out your check to the Canine Health Foundation but send it to the ACA Treasurer. It will then be forwarded to the CHF.  This helps us keep accurate track of the funds on deposit with the CHF.  Whether you chose to send it in care of the ACA or directly, all donations to the ACA DAF are tax deductible.

Funds earmarked for health research are also raised at the ACA National Specialty.  A large part of this comes through the Auction.  Donors can specify that their items be primarily for health research.  The committee might also hold special fund-raising events at the national to raise extra money, as well as having on-line auctions during the course of the  year.

Those of you who feed Purina products and are members of their Breeder's Program need only inform Purina that you wish to participate in their Parent Club program as members of the ACA.  They will donate a set amount to the ACA for the weight circles you submit.  The money is divided between the DAF and the club itself for discretionary use to further health causes in the breed.

What do we do for ACA members?

We answer your questions regarding statistical reports, emergent concerns, and known problems in the breed. We are happy to refer members and non-members alike to people who may be able to help them, including:  researchers, expert diagnostic veterinarians in that field, and experienced owners who have volunteered to help with support issues for various problems, including VKH, SA, microphthalmia and polyarthropathy.

The GHC provides help with pedigree analysis and breeding as well. We have been lucky to have at least one or two practicing geneticist on the committee for several years. We've fielded questions from all over the US and from foreign countries as far away as Japan.  We provide knowledgeable support and referral.  We will also always recommend all ongoing health concerns be pursued with your veterinary practitioner  WE DO NOT GIVE OUT VETERINARY ADVICE.

We report to the board on a quarterly basis to keep them apprised of our activities.  This includes current projects underway, inquiries and their disposition, and emergent health or genetic concerns for our breed.

One of our most important missions is for you, visitor and reader--THIS SECTION OF THE ACA WEBSITE! Please write us if you need more information.

Diseases of the Aging 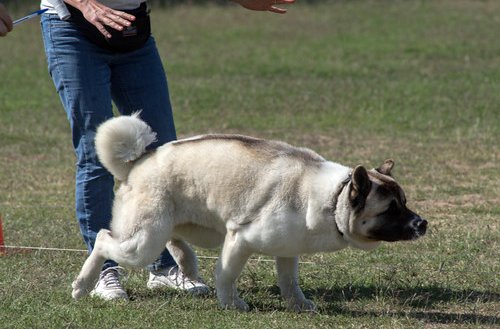 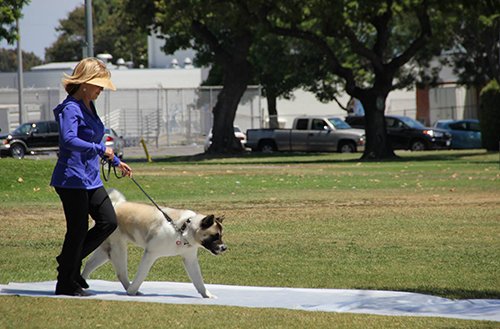 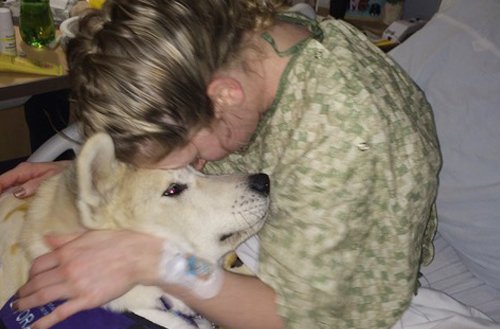 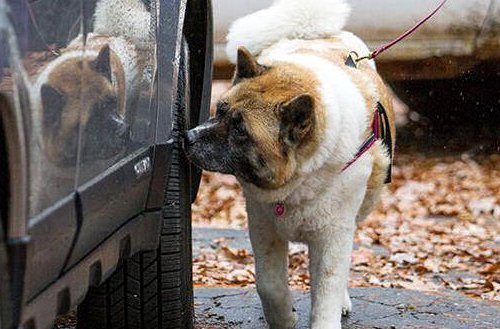 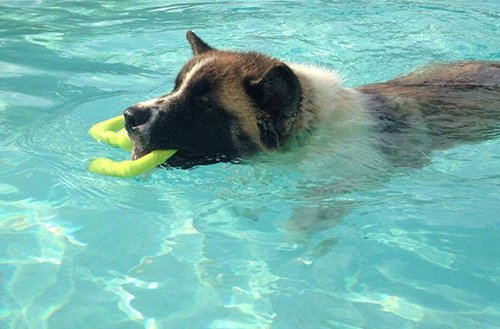